SLA vs. SLS | What Should You Choose for Your Prototype?

No matter what it refers to 3D Printing-sla vs sls, there is always a technology that will best fit to create its prototype, size merits and avoid defects. 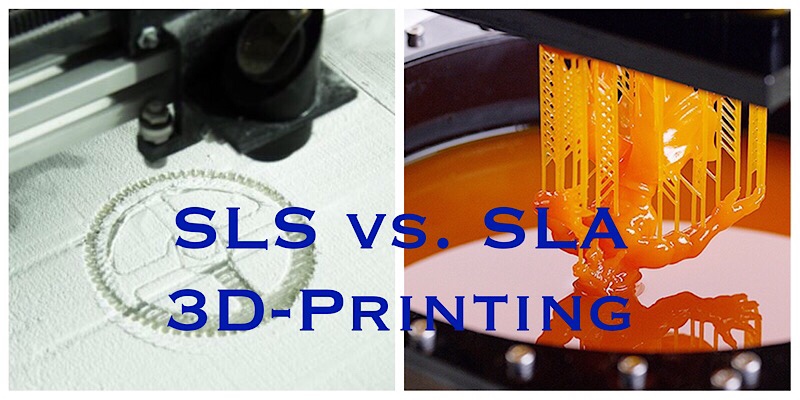 There are roughly 10 major rapid prototyping technologies, depends on how you group them, together. Which one should you choose for the medical device you've designed? Or maybe you've created something for cars, or airplanes, or maybe a kitchen appliance. Each of the industries and products has its own needs in regards to prototypes. And you have some of your own thoughts about that too, right? Should it just look good to be shown to investors? Or do you want to check, whether it works, so you can forgo surface finish and just settle for something cheaper, or, perhaps, you are going to do tests. You'll bash and smash the thing or heat it or submerge it in water.

Each of those products and uses has a technology that will best fit to create its prototype. Now, if I started comparing all the methods in one article, the article would become an hour read. And no one has time for those nowadays. So, let's stick with two techniques, that cover about 30% of the prototyping market. SLA prototyping and SLS prototyping for plastics. So, 3D printing SLA vs. SLS, here goes.

SLA or stereolithography is one of the oldest technologies in the 3D-printing world. It was discovered in the early 1980s in Japan. Dr. Kodama thought up a device that used a liquid polymer tank and a single UV laser.

The laser cured the surface layer of the polymer making it hard and submerged the layer into the tank a little bit. That way the hardened plastic would serve as the base for the next layer. Dr. Kodama, however, didn't have enough financing for his research, so he missed his patent.

In 1884, a group of French scientists were thinking how to create a fractal part ( a very complex intricate geometry part) for their project and thought of the laser that could harden polymers. They filed for a prototype but hey didn't pay enough attention to commercialization and their idea was not taken seriously.

So, in 1884 as well, Chuck Bell, an American inventor, the third to think up of such a method, filed the patent for the stereolithography process.  He thought everything through and founded a company called 3D Systems to sell his idea. Right now, 3D Sytems is one of the largest companies who make 3D-printers.

There are actually two methods of SLA printing. Let's call it direct and reverse SLA.

The direct process is the way SLA was originally invented. The printer has a liquid polymer tank and a base plate that is one curing layer lower than the surface of the polymer. A UV laser traces the current cross-section of the part ( the program is written in a way that the part is sliced into layers and the laser path is generated for each slice) and you get the first hardened layer. Then, the plate goes down one layer height and a specialized knife moves across the surface of the tank to ensure that the polymer fills the area above the plate completely. Then, the next layer is cured.

The reverse method is different in regards to part orientation and movement. Here, the base plate is transparent and is upside down compared to the direct method. The laser cures the polymer through the plate and then the plate goes up, instead of going down. So, you may compare this process with slowly retrieving an object out of the water. The only difference that in the latter process, the object was originally in the water. With SLA printing you create it out of the liquid in your tank.

Description and History of SLS

SLS is a similar 3D-printing process. It was developed by a Texas Professor Carl Deckard. He was an engineer and looked to lower the amount of casting required for the serial production. He later sold his patent to the 3D Systems. 3D Systems later managed to use SLS for metal powders as well, which led to a revolution in metal parts production as well. Now, this technology is the most widespread method for printing metal parts. In the course of its development, it turned out that the powder is really dangerous. It is very fine and easy to inhale. So, SLS technology is not really good for desktop hobby versions, unlike SLA. 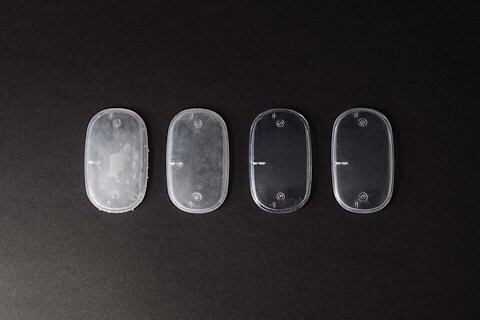 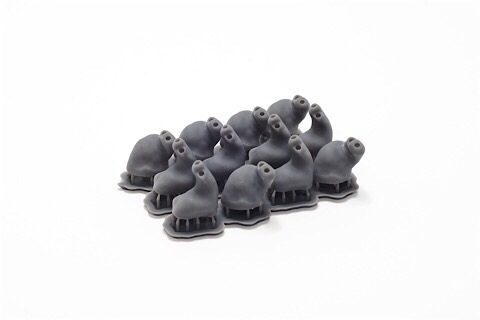 SLA.This process uses polymers that get harder from UV light, or photopolymers as they are called. There is a lot of different resin composition, so they are mostly separated by their use:

SLS.This technology was initially used with Nylon. As the years went by, some other materials were adapted for the technology. 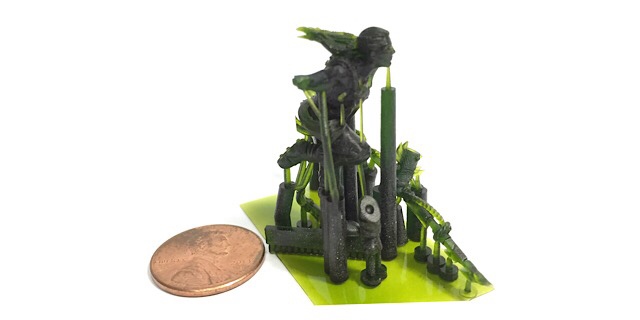 SLA.The main disadvantage of SLA printing is that it has a lot of support, which are made of the same material. This makes it necessary to conduct cutting operations to delete supports. You must also clean the cut-off region from any trace of the support. The whole process is quite time-consuming.

In addition, the cured part is not actually completely cured. Some areas between layers have reacted only halfway through. This is why using some UV light chambers for curing the printed parts will increase their strength. This is not absolutely necessary, though.

SLS.The part usually has a worse surface finish after SLS than after SLA. This is why SLS parts are sanded and mechanically post-processed if a good surface finish is required. This takes a lot of time. 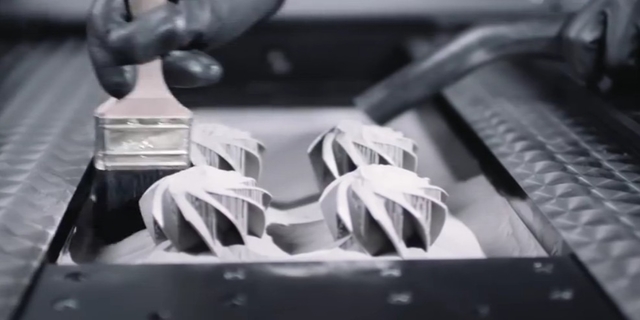 In Conclusion: What to use when?

Overall, this process yields great quality parts, but it is much more expensive than SLS ( in case of direct SLA, you cannot reuse the leftover liquid plastic from the tank, it cannot be kept for a long time, so it is better to keep the printer loaded) and requires the process of removing the supports. Its advantage is an abundance of materials that can be implemented.

Use SLA for medical equipment, transparent parts with a good surface finish and for some injection molding or casting models. Use it  to show off your product, the parts are very good.

SLS yields much better strength and other properties than SLA. However, its surface finish is much worse (about 2-3 classes lower). The process is much cheaper than SLA. You do not need support structures at all (previous powder layers support the higher layers) and you can reuse the powder that was left from previous use.

Use SLS in cases where the part must withstand greater loads, corrosion or vibration. Use SLS when surface finish is not an issue and the budget is low. Use it for yourself or for tests.