The Necessity of Medical Device Development

Medical device development is moving forward under the circumstances of increasing medical demands, it becomes far more needed than ever to serve the better. 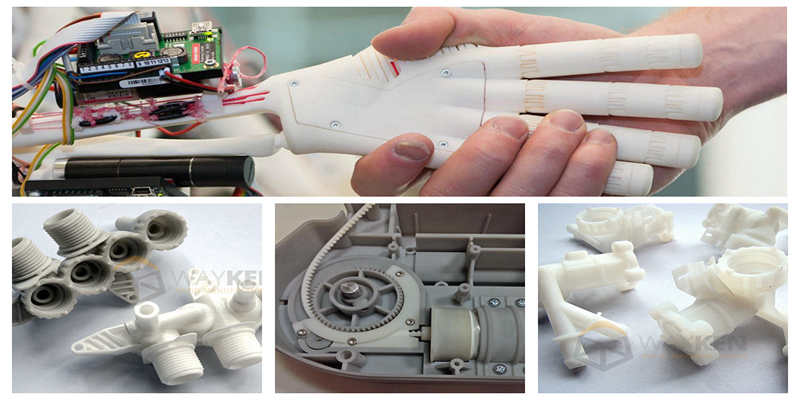 The development of medical devices and designing is an intricate practice full of guidelines, specification, application requirements, and patient needs. They must balance all this requirement, observe for the successful development of a device beneficial to the end-user. A medical device not meeting the regulatory measures, cannot make it to the market. And therefore, more time is needed for good designing, developing before releasing a device to the masses for use.

1. Concepts of Designing a Medical Device

The idea of a new product arises from a certain need. In this case, the medical device should be able to better the condition of a patient, help the healthcare provider deliver quality service, or enable the administration of treatment in an easy and friendly way. However, these needs aren’t obvious to all target users, as the patient’s illness is often an inconvenience that needs tolerance until a solution is developed. This is a situation of envisioning a solution to a problem.

Medical device development companies make it their work to turn a prototype design into a physical and useful gadget. An inventor with an idea of a new device often seeks manufacturing services for in-depth guidance, help for successful designing and development of the device. They do these to ensure the medical device is acceptable to the market upon the release.

However, countless popular medical devices innovations aren’t exceptional. In most cases, they’re improvements on other established ideas, on devices already in existence. The improvement on an existing invention betters the device to be faster, more accurate, more friendly, and easy to use.

2. Development of a Medical Device: The Pacemaker

The earliest invention of the pacemaker was a version designed to be outside the human chest. The wires were dangling as they went through the heart, this caused infections around the area where the wires entered the body. The procedure caused a lot of inconveniences that resulted in the treatment of infections, making the design a disaster.

The inventor had to reinvent the design; he changed the whole device from being on top to be under the skin. This was a more recommended option, as it meant the device had to be implanted on a patient's chest, all components had to be biocompatible, to reduce cases of infections.

The design and functioning of the pacemaker were fine but there was a problem, the device had to be recharged often. Even though Lithium battery managed the charging dilemma, this led to another face of redesigning of the medical prototype. It’s public knowledge the pacemaker device took over 10 years of remodeling, creating and testing of every kind of the prototype, before settling on the perfect design.

After the perfect medical device design of the pacemaker. They introduced it to the market; the sales were impressive, as the device meant most of the expectations. Nowadays, we don’t have the laxity of waiting for ten years for a perfect prototype. The manufacturing industries are more dynamic, turnover needs to be instant if a company intends to stay alive. Which has led to a rapid medical device development in the health industry, thanks to medical prototyping? 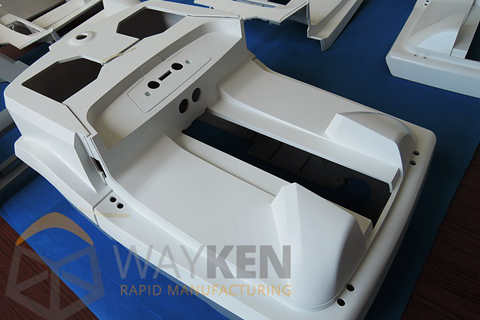 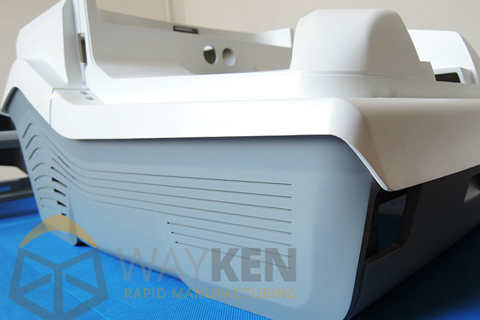 Modern technology has led to the development of medical prototypes of high precision, biological compatibility, with long shelve life. The materials in use play a vital role, these include aerospace materials, bionics new materials and other new materials in the market. The availability of these new generation resources has brought more opportunity in the production of medical device prototypes with high performance and functionality.

Subsequently, the end-user market associates closely with the medical devices prototyping entities. This has led to better service deliveries in the health market, catering for the increase in patients, both young and old. The growth of medical device prototyping has been steady hence the need for more new and simplified devices that will enhance the healthcare sector.

Lately, the market has been searching for biological materials to try and substitute the common materials that are still in use, even though they are easy for use especially for prototypes used for verification and testing. They still remain out of reach for the end-users

Therefore, the majority of the medical devices prototype produced are well assembled with no inclusion of any electronic parts, like the bottom covers, buttons or panels or the top covers. The type of material that is used for covers is mainly plastics, for examples ABS, abs+pc, or silicone molding material alike to ABS, or the one for PC.

The above types of material are more than enough for the shells, this medical prototyping is usual well finished, painted and very good looking. After all, a silk screen and the artwork on the covers turn it to a fantastic product. The medical prototype can be used in several applications like expo, samples showcase and testing parts.

Today modern medical devices came with features like micron for image resolution, an improved ECG signal reliability, a more delicate respiration measure, and generally, all consumer medical devices are good regardless of their medical applications. However, most prototype designers find themselves irritated as most end users tend to go for poor quality products or devices for use.

4. What you should know about Medical Device Prototyping

Medical device development is a rigorous process, that can turn out to be frustrating especially on cases were a lot of prototypes are needed to prove a concept. These can be overwhelming particularly when proving an idea is viable and all mechanism are right. You know most of these devices are electrically based, they can electrocute a person, so a rough representation on their workability is conducted, to test on the prototype viability.

The second face of the medical device prototyping is the smiling period. Here is where monetization of the whole project starts, after several certification tests and the performance of experiments. All of which are the requirements to a certain all the components are safe or biocompatible.

After all the standards set by the relevant authorities are meet, it will be good for you to begin outsourcing for your medical device design.  Alternatively, you can hire some medical device prototyping company, at this level the device has impressed users and investors who will be willing to partner in mass production.

The determinate face of weather returns will be realizable is the third stage. At this point, you have to produce a small batch, for giving out to future clients for feedback. This giving out is crucial as it helps in determining errors in the device in real time when in real use unlike on the laboratory. Therefore, if the feedback is negative it only means, all the time spent was for nothing. 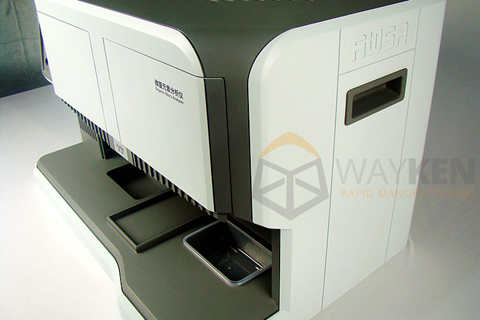 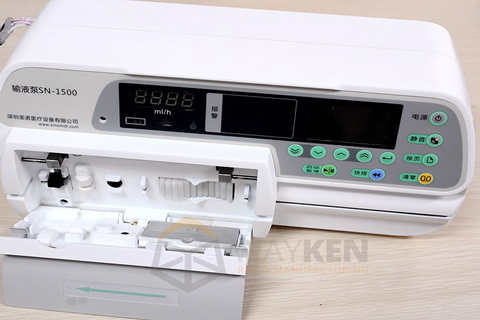 5. The Use of CNC and 3D in Medical Prototyping

The CNC machine is widely used because of its precision in maintaining tolerance during assembling, unlike the 3D printing. Which is less effective when it comes to tolerance but the 3D printing technology is mainly preferred for mass and non-critical dimension of prototype production.

In 2015 FDA approved 85 3D printing devices but manufacturers are still developing guidelines, conditions and terms, operational procedures, governing issues, and other standards. This will help promote the 3D printing technology, benefiting the whole medical device prototyping sector, in reducing the cost of production of prototypes and enabling market penetrations.

CNC machining is a reductive manufacturing process for prototype parts for use in product development. The whole production line is computerized and run by programmable engines that are used to manufacture metal or plastics parts by removing material using automated milling or grinding.

Just like the name CNC machining implies, it’s the use of “computer numerically controlled” machine, that is used for generation of highly accurate parts. CNC is the perfect solution for producing identical copies requiring similar precision, this production process can be repeated a thousand times without limitation for a longer period.

The two technologies are crucial in medical prototype, the CNC machine may be equipped with multiple tools, that aid in achieving accuracy but that does not mean the 3D printing is not effective in medical device development.

6. The Use of Casting Process in Medical Device Prototyping

Here is some good news on the prototyping production, urethane casting is an easier process. The use of the casting process requires a 3D print of the medical device design, bucketing of the silicone liquid into it, allowing it cool before splitting the silicone mold into two parts. with each separate part resembling the other.

The process is easy, fast and the cost-effective in general compared to machining or 3D printing. These are true when trying to make a rapid injection mold, where you need at least three weeks, unlike the silicone mold that can only take one day.

Medical device development has rapidly improved the healthcare industry throughout the world. The use of internet has linked every sector, new products are developed not only by manufacturers, but even designers and inventors are pushing to improve on their existing concepts or technology. These only guarantees the prospects of having an upgraded, well advanced medical devices with improved features that will better the whole medical experience.

Brian Lawrence, the chief technology officer at Hill-Rom Welch Allyn, emphasized the need to create an ecosystem that provides real-time data, access to predictive analysis coming from medical devices. Designers need to develop ideas that will spend verification, they need to build prototypes for test functions and for attracting investments.

In fact, medical device prototyping companies need to develop a medical device design with easy controls, simple in usage, easily accessible and quite comfortable for the patient, to be at ease during treatment.  All these can be achieved by embracing prototyping machine for faster and lower production cost.