PMMA machining and manufacturing of PMMA clear parts and PMMA Prototypes has now been made simple and accessible with the use of high tech CNC machining.

A futuristic-looking electric bass guitar made from PMMA 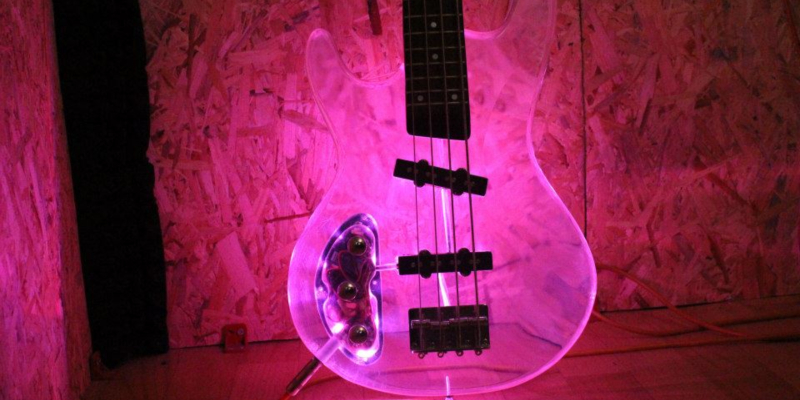 PMMA (PolyMethyl MethAcrylate) also commonly known as Acrylic or Acrylic glass is a transparent thermoplastic that is often used as an alternative to glass. The PMMA is also quite commonly known as ‘Plexiglass’. Produced back in 1928, PMMA is considered as one of the clearest plastics available today, which can be put into many industrial applications today.

Compared with the glass feature,  PMMA is a better  material for clear optical prototyping. However, PMMA is also quite hard to shape and mould via conventional techniques. The material tends to fail when subjected to tensile and compressive forces and in order to avoid failure or cracks, a cautious machining approach is carried out. PMMA prototypes and accessible with the use of high tech CNC machining.

PMMA machining via CNC is favoured over all the other techniques due to the fact that CNC machining is faster, reliable, cheaper and customizable to the user needs.

PMMA is available in sheets and round stocks, which makes this material a good choice for subtractive machining processes though it can also be used in additive manufacturing techniques as well. PMMA prototypes can be manufactured easily via CNC in many different colours since the stock PMMA is available in a variety of colours and can be dyed for any requested colour by the end-user.

PMMA clear parts are usually made in order to make glass-like clear prototypes that are stronger, light and durable. PMMA machining allows for the stock sheets to be machined and made into complex shapes. However, it must be noted, that PMMA clear parts after machining can only be achieved after the machined part is properly sanded and polished. This removes any tool marks, as well as completely, restore the transparent nature of the material.

Prototypes manufactured via PMMA are light, strong, economical and tough as opposed to glass. They have an excellent impact strength that is high as compared to glass and polystyrene. This makes it an excellent choice of material for clear and durable prototypes. Some of the PMMA properties are tabulated as follows;

PMMA prototypes are in demand for any industry looking to come up with a stronger and cheaper alternative to expensive and brittle glass. Security barriers, LCD screens, windows, tanks, medical devices and lenses – all incorporate the use of PMMA instead of glass. With many industries choosing PMMA over other materials for its products, there is a significant rise of PMMA prototypes in the recent decade.

10-meter-deep into the Monterey Bay Aquarium, PMMA is used instead of glass 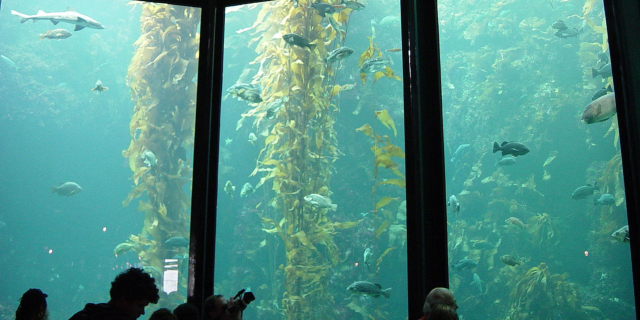 PMMA clear parts are an excellent substitute for glass. They are commonly used in aquariums at both commercial and residential scales. Being strong and clear, PMMA is also commonly used as viewing ports as well as complete pressure hulls for deep sea submersible. The material and its finished products are also used in the lenses of the headlights and backlights of automobiles. Many safety vehicles such as that used for riot control often deploy PMMA as its main material for the windows since it gives better protection against thrown objects. Many buildings use PMMA instead of glass for its windows due to its superior strength. 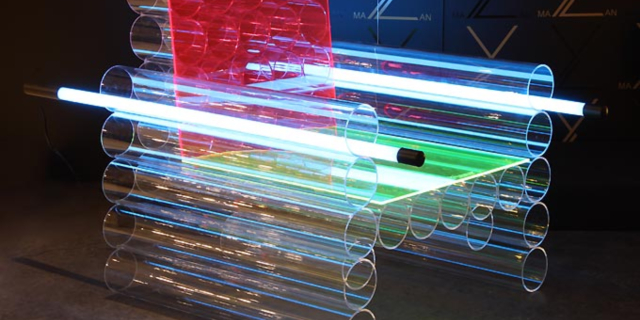 Many different prototypes are constructed using PMMA due to its physical appearance. The products/prototypes manufactured with this material has an excellent reflection and modern appeal to the overall visuals. Many companies go for this material in order to attract the attention of media and shareholders in exhibitions. Due to its futuristic looks, many prototypes of furniture, music instruments, jewellery and automobiles have been made using PMMA. 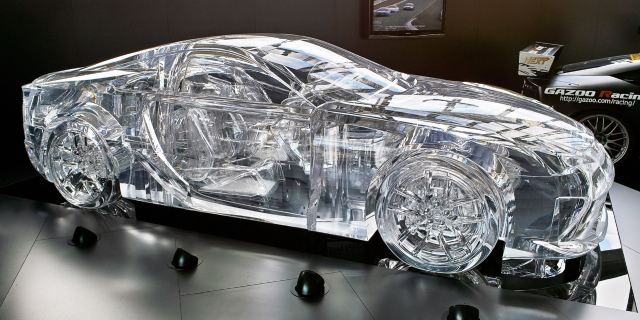 PMMA prototypes and its products are commonly used in the medical industry as well. Contact lenses and eyeglass lenses are often made using PMMA since they are less brittle as compared to glass. PMMA also has a good compatibility with human tissue which allows it to be used in the treatment of cataracts. Bioprocess chromatography, treatment of tuberculosis and cosmetic surgeries all make use of parts made with PMMA. Along with these, for denture teeth, this is the material of choice as well.

There exist several techniques for the rapid production of PMMA clear parts and its prototypes. At Wayken, we incorporate various rapid prototyping techniques in order to make sure that you get your prototypes in the most cost and time effective way possible along with superb quality. CNC machining is commonly used if the geometry is complex and require hand polishing. Via CNC, the prototype is picture perfect to the design specifications and need little to no alternations.

Additive manufacturing can also be effectively used for the PMMA manufacturing. At Wayken, we also excel at 3D printing which is often the method of choice due to its rapid production, no waste material, ability to make complex parts and superior product finish.

CNC in action of PMMA 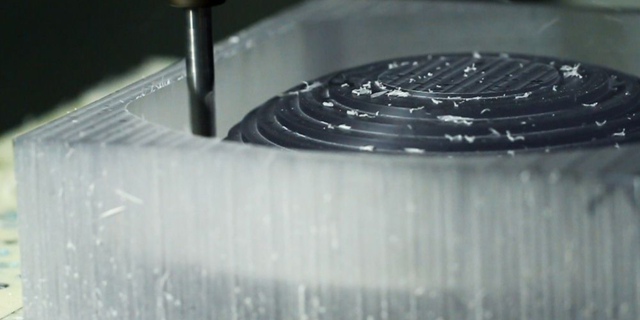 With that being said, we at Wayken would love to hear from you and assist you in any PMMA related questions and queries.