Rapid prototyping plays a great role in cosmetics industry no matter what it refers to industry, importance and manufacturing.

When we hear the word “Prototype”, we think of a complex contraption, which may still have some rough sides to it and it is the first and only thing of its kind. Prototypes are usually associated with industrial machines and mechanisms. However, prototyping is used in every industry. This includes cosmetics.

Therefore,  let's look at some practical knowledge of cosmetic prototypes.

The Industry Of Cosmetics

Cosmetics is a rapidly developing industry. 300,000 new cosmetic products are created every year. Only a few years ago, cosmetic industry consisted mostly of a few massive corporations who had extensive resources to manufacture synthetic and rare components. But then a trend for an eco-friendly natural cosmetic has appeared. With the coming of “natural” trends, the industry has changed. Most organic components can be obtained without any complex equipment and so, a lot of smaller local companies emerged, who provided natural, homemade products.

A lot of people have allergic reactions to some ingredients and this is why USDA National Organic Program has developed a directive that has guidelines concerned with regulating the composition and the use of synthetic ingredients in different cosmetic products.  Manufacturers have to consider both the effect of the product they make but also, what ingredients they use. According to NSDA, all cosmetics are divided into four groups:

The Importance of Cosmetic Prototyping

It stands to reason that every cosmetic product is potentially very harmful. Most of them come in direct contact with our skin, some – with eyes and hair. This is why strict standards have been enforced toward the certification of those products. A number of tests must be conducted in order to get a certification.

First of all, chemical tests determine whether the product reacts to some common elements (such as water or warmth) in an unexpected way. Accidents happen even now when a cream or a shampoo becomes unexpectedly toxic when coming into contact with some other cosmetic mixture. Every product must react to human skin and other elements so as not to endanger humans. Allergic reactions are also important when we talk about such products. If any active elements that may induce allergic reaction are present in the mix, they are either swapped or the information about them must be written. At this stage, an initial prototype is manufactured and the final composition is determined.

Next, laboratory tests determine the actual performance of the product. Usually, when a new solution is created, it is compared to an existing benchmark product. This helps determine its performance and outlines the requirements it must meet. At this stage, a pre-production prototype is necessary.

And finally, a real-life experimental stage is in order, where the product is given out to a number of people and they use it during their usual lives and evaluate its efficiency. Earlier, the tests of this stage were conducted on animals but this practice became frowned upon at the beginning of the 20th century and is completely illegal in many countries now.

Manufacturing cosmetic prototypes is mainly a chemical process and it involves a number of stages. 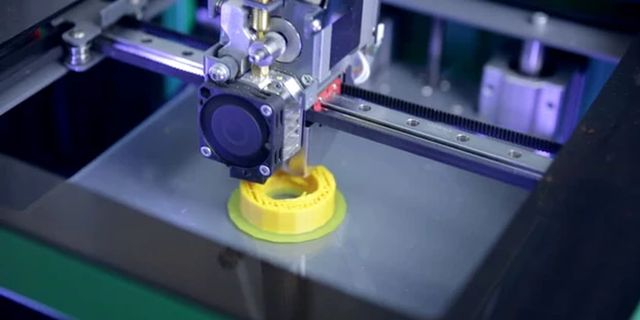 Firstly, when the idea of the product is formed, an initial prototype is made by the developer himself. The product may not have all the required ingredients ( for example, the ones that conserve it) and may not have the required texture and outlook but it performs in the same manner as the end-product should.

Next, a pre-production prototype must be manufactured and it is usually not possible to create one without specific laboratory conditions. Most modern laboratories include a special mixer that is filled with ingredients and air is sucked out of the container. This prevents unwanted chemical reactions and air bubbles from forming in the product while it is mixed. Often, the mixture is heated up to boiling temperature. For example, toothpaste and shampoos are practically boiled at a temperature of 70°C.

After the ingredients have been mixed, the new product has to stay in the vacuum chamber for a while. All in all, the process takes from 2 to 6 hours and the disadvantage of it is that a lot of product is made. You can’t make less than the minimum of the vacuum chamber.

The last testing stage is characterized by a considerably large set of cosmetics to be manufactured and if the mixing part is practically the same, the process of making packages adds to the manufacturing chain. At this stage, usually, if the tests go well, the design for the package is created. In some cases, the prototypes that are given out are already in the finalized packages. This means that press-forms and other tooling have already been created and so the first set carries all the initial investments of the whole product. If it fails the test, the manufacturer will have colossal losses.

Cosmetic prototyping is a rapidly developing industry and hundreds of thousands of cosmetic products are created every year. However, this industry is heavily regulated due to potential dangers to human health. The process of certification in the cosmetic industry is really similar to medical certification and so we can say that it is quite strict. The certification process consists of three stages: initial testing, lab testing, and real-life testing. Starting from the first tests, every stage requires each prototype and the last one basically requires the product to be created. So, rapid prototyping is extremely important in the industry.

After reading this useful knowledge, you must have a deep understanding of the application of rapid prototyping. Wayken once did perfume bottle projects in this, if you want to get more, welcome to contact with us.